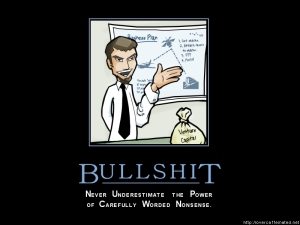 It’s rare that I’ll actually call something bullshit. But the following can only be described in such terms. What kind of lousy bullshit is this? And who in the hell educated these people? I understand, they are from Africa NOT from Mars under some rock (where I would assume that they had their fingers in their ears and their eyes shut tight). They have all the technology in the world, and all the reasoning skills we do… and yet… I mean, it’s one thing to just disagree with something, for you to personally think it’s morally wrong or whatever. But for someone to come with this load of propaganda and just…bullshit…and try and pass it off as truth…like, wow. Now, I have it here under the humor section for a reason, and that’s mainly because it’s funny as hell. No, honestly, if you watch this video with an uncritical eye, the outrageousness of the claims he makes, the actions, the commentary…it’s all hilarious, it’s all laughable. You’ll probably hate yourself as you find yourself laughing unabashedly at this video. But after you’re done laughing your ass off, remember that END_OF_DOCUMENT_TOKEN_TO_BE_REPLACED