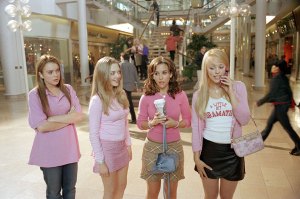 So the other day while I was watching TV I felt like complete scum. And not because of what I was watching. After all, it was only X-Weighted: Families, a G-rated weight loss show that features whole families that are struggling to lose weight, with relatively little help from the show’s resident personal trainer, Paul Plakas. No, it was because of what was running through my mind, despite myself, while watching this show. Suddenly, I had regressed into a prepubescent Mean Girl, and there was nothing I could do about it.

This poor kid. He was just there with his parents, trying lose weight (Ok, well in all fairness he lost very little weight, but that’s because he’s like 12 – what does he really know about buckling down?), and all I could do was hate on him. Seriously, like I should go to hell for how terrible I was being. But I swear I couldn’t help it. It started off slowly enough, just at first there was something about the way he talked that I thought was weird, that was rubbing me the wrong way.

But he’s only a boy, and I’m a grown ass woman, so I just tried to brush it off. But soon, I was exclaiming “See baby, are you listening to him? He talks like a loser! Like, one of those kids you wanted to kick the shit out of every day in middle school, you know what I mean?”. See, and this made me feel a wee bit better, because soon he too was totally noticing how entirely irritating this kid was, and was trying to figure out why it was that this relatively harmless 12 year old kid had him reverting back to prepubescent jock mode.

I had it down, and I eagerly sat on the edge of my couch, listing all of the things that did, and did not, contribute, to this rising irritance at just the sight of him, or the sound of his voice. You have to understand that as a popular girl in high school, and actually, as a little rebel in middle school, I wasn’t mean to the unpopular kids. I even was friends with a lot of them, and at the very least would defend them if I saw the other popular kids picking on them or teasing them. I figured everyone has a right to be alive and happy in high school, and they don’t get the perks of being popular – why make it worse for them?

So yes, I started my list, ticking off fingers as I went: It’s not that he’s overweight, it’s not his glasses, it’s not that he’s half black half white, he’s not particularly spoiled or bratty, he doesn’t like loserish things, or at least not from what they showed (I don’t care what anyone says, some interests are loserish – like Magic cards, Fantasy role playing, chess club, band – yes, I was in band and DAMN proud…still makes me a band geek! ), I mean sure, his voice was all high and stuff but he was 12, so we’re all good with that. 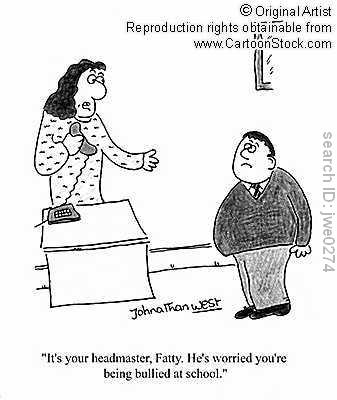 So what was wrong with him? I don’t know, I just don’t like his face, like I wanna be twelve and scream at him “You’re such a f****** loser! Get out of my face, you friggin poo muncher! Shut your mouth you fat piece of s****!”, and he didn’t even say anything. Just from the sight of him. I feel like I’m losing my mind, but like any adult will do I decide not to overreact and I finish out the show. I know that if I ever were to see him, I wouldn’t lose control and start ranting like a 12 year old. But, kids like to run up and hug me and talk to me, and I don’t think I would be able to give him the time of day. Like, “aiight kid, you got your two seconds, don’t you have someone to play with? We got some big people conversation going down over here!”.

End show, I watch the family channel just to make sure its not some natural aversion to 12 year olds, but nothing. I think they’re cute, or weird looking, or I don’t notice them, because they’re 12! Who cares?!?! So, I would think maybe it was the situation, but no, even now I can conjure up those same emotions just by imagining his face. I have NEVER in my life had so many ill thoughts and feelings toward ANYBODY that I have never met and know nothing about. Especially not a child!

I am trying to figure out what this says about me, whether it means that I am losing my mind, or that I am just an evil person who secretly dreams of crushing small teenage boys like bugs. Have you ever encountered a person who rubbed you the wrong way, got under your skin in such a way that you felt yourself reverting to a lesser developed version of yourself?

Maybe I am developing anger management issues? Maybe I have some unresolved issues with a 12 year old lightskinned, half breed, overweight kid with glasses. THAT might be worth looking into…

3 thoughts on “Regression to Namecalling”