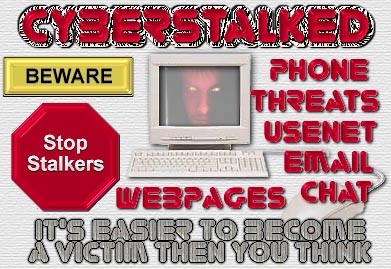 Ok, seriously, I think we’ve gone WAAYYY too far with technology and what we want it to do for us. And in the process we’ve apparently lost perspective that for every good use of a technological advance there are at least 3 VERY evil ways it can be used, and a minimum of 10 ways in which said technology can be manipulated not necessarily for evil but rather for less than honest intentions. Now, this newest invention, this newest fast, fun, and fancy free app for IPhone, has to be the poster child for numbskullery and ‘not thinking things through in an attempt to be the COOLEST EVER’.

Ok, I thought things were going a bit far with Roxxxy but although that was vaguely eerie and extremely sad, it wasn’t ACTUALLY a danger to ones self or others. As I said, I’m pretty sure Robotic Sex Doll Girlfriend Who Can Be Programmed to Think Act and Feel Whatever You Want Her To can’t possibly be a good tool for teaching losers who can only get some from a sex doll how to actually treat the opposite sex, or how to navigate a relationship successfully. Not to mention other negatives I mentioned. However, it’s not DIRECTLY dangerous. The new IPhone app…SMDH…you know what? Read this for yourself…

I’ve never had an iPhone, but at one time, before it was stolen, I had an iPod Touch, and it allowed me to pretty much do anything I wanted except hold it up to my ear and talk into it (which was fine because it hasn’t yet been disproven that cellphone usage causes brain, mouth, or ear cancer.) So, I get it. I get the Apple obsession. I understand the shock and awe that comes with every unbelievable, but widely available application; the ones that make you go, “Why didn’t I think of that first?” *slap to the forehead*

Hey Steve Jobs, you’re telling me I can actually download a “Sex Position Of The Day” app? Have it at my dirty (not literally) little fingertips? Learn the “G-Spot Jiggy” on my way to work? Practice the “Rock-A-Bye Booty” before I call it a night? Genius! It just makes sense.

But this, this new application, not so much.

Swedish mobile software firm The Astonishing Tribe, who I’m begging stay far away from me and my American phone, is taking information overload to the next level. Popsci called this level “logical,” I call it “dumb” or just “really, really, scary.” And they’ve labeled it “augmented identity,” which is just a concise and severely veiled way of saying “Stalking Made Easy.”

Dubbed the – wait for it – Recognizr, the app essentially works like this: the user points the camera at a person across the room (like at a party, filled with strangers, who your mother always told you not to accept candy from. Or inappropriate advances. Whatever, at this point, they’re one and the same.)

The face recognition software creates a 3-D model of the person’s features and sends it across a server where it’s matched with an identity. A “cloud server” conducts the facial recognition and sends back the subject’s name.

Wait, what? Now, a guy who I’ve never met knows me by name – government, no alias. He can beckon me from across a room and, because of my terrible eyesight, I’ll oblige and won’t realize that I do not know this psycho until I’m about a foot away. And by that time, it’ll be too late; horror movies have proven this.

And not only does the Recognizr provide a name, but it sends the requester links to any social networking sites the person is a member of. So, I can get a friend request, hit, message, invite, phone call, thorough itinerary of how said stalker plans to hurt me, etc. on a daily basis? When did that become okay?

I get the obsession to be alert and aware, too; to connect and make contacts. Believe me, I do. I’ve rudely trackballed and text mid-conversation with important people many times. But, the Astonishing Tribe, with all it’s drive to be cutting edge and innovative, may be on the brink of a serious backlash.

(Current demo only runs on phones with at least a five-megapixel camera and the Android OS.)
Article from its original source can be found here

Are you as flabbergasted as I am? Not only that, but I’m vaguely terrified. Me, the girl who refuses to put her given name on pretty much ANYTHING online whatsoever if it involves social networking with strangers because I am afraid they might start stalking me, get my other details like where I live and come down and rape and kill me (yes, I have an extremely active imagination!), the girl who takes a man’s number and the first several times I call him I activate call block (can’t have somebody know my shit before I’m ready…and before I have enough time to suss out your vibe). You’re trying to tell me that this girl now has to compete with some random technology that all someone has to do is point and click for a nanosecond and they could get all that info that I so ardently protect?

F*** that, I am NOT gonna go down without a fight on this one. I don’t know WHAT the developers of this one were thinking? When is it ever appropriate to encourage subtle stalking in normal people who otherwise would do the decent thing and NOT invade my life and privacy without my permission?? I don’t care HOW sexy he is, a man does this to me there is absolutely NO way he gets to know more about me, cause I will be OUT the door. At any given point in the relationship, even years in…*shudders* I just couldn’t commit my life to some lil bitch who didn’t have the balls to just come and ask my name and instead thought it was better to cyber stalk me.

SMDH at this one. I gotta do some more research, but for now ladies and gents, if you meet someone with an IPhone and they knew your name but they just don’t seem familiar to you…BEWARE, they’re probably rotten little stalkers!