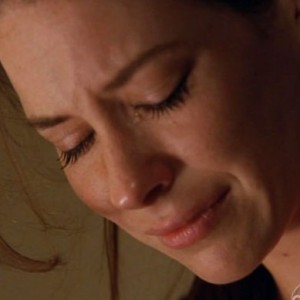 Wow. This is another gem from the MSN daily news page. As you read this article, think of all of the things that are wrong about this situation.

Montreal police have apologized to an elderly woman after mistakenly telling her that her daughter had committed suicide.

On Monday, the woman had contacted police to tell them her homeless daughter had threatened to kill herself by jumping in front of a Metro train.

On Tuesday, a woman did commit suicide in the Metro.

Thinking it was the same woman, police went to the woman’s home with the bad news.

However, a short time later the daughter arrived for a visit at her mother’s house.

“It’s about one hour after the departure of the detectives, the person supposedly dead, she appeared in front of them and she was sitting in the kitchen,” said police Cmdr. Guy Ouellet.

Ouellet said there will be no disciplinary action against the police officer who mistakenly identified the woman because he acted in good faith.

Police did not release the woman’s name.

Did you get them all? Ok, lets start at the beginning. The Old Lady called on Monday to say her daughter was threatening to commit suicide. Legally, when someone is threatening to harm themselves or others, the police have an obligation to follow up on this complaint (i.e. maybe talk to the daughter say, BEFORE you need to scrape her off the train tracks the NEXT day…not a couple hours later, where they could claim that they had been trying to find her, etc. etc. Quite frankly, I am positive that this call was entirely ignored because the daughter was homeless, and therefore for some reason didn’t deserve police follow up. Hmmmmm…..

Ok, so the next problem? They “think” that it must be Old Lady’s daughter, so they go and inform the woman that her daughter has committed suicide. They “think”? What was this thought based on? The phone call they ignored from the Old Lady the night before? Soo…prevention-wise the lady was ignored, and in the aftermath, police procedure is ignored? I mean, don’t they have some type of identification process they have to go through? Well, apparently these cops don’t. They just assume that it must be so, nod their heads and wiggle their noses and they assume that it is? I mean, not that the legal system is perfect, but it has to be based on something more than what the cops think. Can you imagine what kind of anarchy North America would be in if people were in jail based solely on what a cop “thought” about them? ” John, I think this man murdered someone yesterday, so I’m gonna lock him up for life!”, “But why Shawn?”,”You know, I just think that’s what he’s done!”,”Oh, well carry on then. I just found this woman dead, and I think her husband did it, so I’m gonna throw him on death row when he comes home from work”. Wow. Be afraid, be VERY afraid.

Finally, I love how Ouellet’s attitude is all high and mighty, like “they obviously think the explanation isn’t enough for them but we did the best we can…” Right. So you SHATTERED this woman’s world, after she had sat there terrified of what may or may not happen to her poor little girl while your officer’s sat around and did shit all about her warning phone call (probably too busy sitting in wait at speed traps or outside of bars collecting tickets for quotas), and then when you find a woman did in fact commit suicide, you assume it’s that woman’s child (which further makes you seem like a piece of shit for not following through on the phone call from earlier, because you clearly took it seriously, you just didn’t care) and before doing any real identification (dental, for example) you shatter her world, and then a GHOST walks into her house, probably giving her some type of complex and probably a damn heart attack, and then all y’all have to say is “my bad, we coo’ homie?”

Wow. Just another situation where law enforcement proves itself not only sub-par, but downright negligent.

2 thoughts on “Mistaken Suicide Victim Shows up for Lunch”