I was reading an article on XO Jane where a woman explores all of the feelings she had while dating a single dad..feelings which led to her ending the relationship, and realizing that she was not cut out for stepmother status just yet. Amongst them were profound feelings of hurt and jealousy, knowing that she would always come second to someone else in his heart. Not that there’s something inherently wrong with putting your child as the number one priority over anything and everyone else in the world: in fact, in her own words, she said:

I hate to admit that I was jealous of a three year old. Even writing it now I feel ashamed. After all, he’s three and I’m old enough to know better. Sadly, Dan was in a no-win on this one because if his attention had NOT been on his baby when we were together, I would have considered him a negligent parent not worth seeing and walked on the spot.” END_OF_DOCUMENT_TOKEN_TO_BE_REPLACED 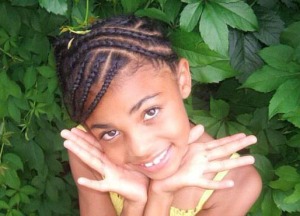 I have a beef with some of y’all, and I think it’s high time that I actually address this on my blog. Now, I would like to preface this post by saying I am well aware of the fact that this applies to some black mothers as well, and that it does not apply to ALL white mother’s with half-black children. In fact, although I may have been able to say it a couple decades ago, now I wouldn’t even say that this could apply to the MAJORITY. With the advent of the internet and youtube, and I’m guessing people becoming more educated either before or after giving birth to their biracial children, I actually don’t see some of these things half as often as I used to. Which makes the white mom’s who are still lost and confused stand out like a sore thumb. No more is ignorance an excuse. It’s time to wise up and recognize this basic fact:

Is there any way we can ever appreciate our Mother’s enough? We’ve taken our Mother’s love for granted how many times, as though she somehow owes it to us and therefore we have no logical reason to be grateful. Living in that “that could never happen to me” bubble that North American children so often live in until it happens to them, we write off instances of abuse, neglect, and abandonment as somehow ‘other’ to our own possible existence. Never realizing that it’s specifically our luck, our divine shower of blessing that has graced us with a Mother’s love who was so limitless, so unconditional, that we couldn’t even fathom the possibility of it somehow not being there. As to death and dying…we never really consider it, do we? That’s not a ‘now’ thing, that’s an eventuality, sometime so far in our distance futures that there’s absolutely no need to appreciate that unique and precious Mother-love that we are receiving- we’ve got time for appreciation later.

I can’t say that my relationship with my Mother has been a perfect, blissful one. Having a teen Mom means you get certain advantages, and disadvantages, over and under those who had parents that were planted firmly somewhere in END_OF_DOCUMENT_TOKEN_TO_BE_REPLACED

I once wrote a post asking you all whether you fear unwittingly hooking up with men/women on the DL. To date, I’m pretty sure it’s the only post I’ve specifically written that deals with the LGBTQ community (correction: I also wrote a post on Ricky Martin way back when, before I actually launched Classic Ruby), and it’s high time that I do another one. And I think it’s especially important that I address social/cultural relations of the black LGBTQ community within the larger black social community as a whole. Something has gone terribly wrong in the equal advancement of black LGBTQ members. Somehow, being black and gay means that somehow you should not be afforded the same advancements in equality and equal rights that the rest of the black folk deserve.

While looking for some background info on this post, I came across an article that addressed my overall feelings about the treatment of the black LGBTQ’s within the larger black community. Check out the article yourself, titled END_OF_DOCUMENT_TOKEN_TO_BE_REPLACED

And The Crab Mentality Thickens

Anyone seeing a trend here? If you have no idea what I’m talking about, click here and read part 1. Going back to the depths of slavery and running straight through to the present, there has been division intra-racially based on opportunities and advantages that a black person could be afforded, or not, based solely on the amount of melanin in their skin. And when you mix envy with jealousy, with just a dash of hypocrisy, you get an us vs. them mentality that begins to form. The darker slaves relegated to the fields not only were envious of the lighter skinned slaves who got the advantage of house duty, they plain didn’t trust them. What all were they doing to keep favor with the masters and mistresses? These accusatory thoughts and misgivings would only be magnified when at times they were proven to be true. After all, as a loyal act to their masters/mistresses, the house slave would rat out some wrong-doings of the field hands. It seems based on my research that the opposite was true, and they were more likely, if they could, END_OF_DOCUMENT_TOKEN_TO_BE_REPLACED

This being the last Slam Sunday in our Black History Month saga, I really wanted to end things off with a bang. I wanted to wrap up every important message I have tried to get across, give you all the general message, in five minutes or less. I figured I would have to give you all several videos, each one saying a lil something something to cover the bases. And actually, that’s exactly what I had started out doing. And then I stumbled across this one. Does it mention in direct words ever little point I’ve mentioned in the past month? No. But each individual point by itself doesn’t matter. There’s a common theme to everything that has been written. A general message that I want to send out with this month of posts. There is a general misperception, a general issue, with the perceptions and knowledge about the North American black community, both from within and from the outside looking in. This young woman managed to sum it up so beautifully….man, it was priceless. Seriously. The raw emotion in her voice, in her words, in the tone and delivery and END_OF_DOCUMENT_TOKEN_TO_BE_REPLACED

So, instead of just basically defining what an Oreo is, and why it`s absolutely a sign of self-hate and self-prejudice, I decided instead to do an in-depth look at exactly where this term most likely really comes from, as in what the driving force behind it really is, and to understand the very complex nature behind this extremely confusing obsession with calling successful, educated black people Oreos. Why is being educated a white trait, exactly? Come along on this two part special with me, and we can explore this new racially charged and highly offensive terms origins together. Let’s get right to where it alllll started… With the Uncle Tom.

All About The Uncle Tom

The term Uncle Tom, for those of you who don’t know, actually originates with a character from a novel that was later made into a movie. Harriet Beecher Stowe published her novel Uncle Tom’s Cabin in 1852. As an avid abolitionist, Stowe penned the novel as an anti-slavery message, highlighting the horror, cruelty, and inhumanity of slavery in the hopes of making the reasons slavery should be abolished tangible to millions. Her mission succeeded, and it is even said to have been one of the major catalytic forces behind the Civil War. In her novel, Uncle Tom was a placid, ever humble and ever subservient slave, who also happened to be quite END_OF_DOCUMENT_TOKEN_TO_BE_REPLACED

I want to talk a little bit about hair colour this fine Monday morning. And my take home message to anyone of ANY nationality is this: if you aren’t picking some variation of a colour that exists in nature, you’re going to generally look ridiculous. At best, nobody will take you seriously, unless perhaps you work in some form of the entertainment industry, or a hair stylist. And yes, with your hair being streaked blue, purple, or green, I will automatically think that either you are a child thinking you are really being outrageous and counter-culture, which is so super cool *rolls eyes*, or that you are a grown man/woman from some lower socioeconomic background with little self-esteem or ambition. This isn’t just because I absolutely hate the colours or anything, and this isn’t just my opinion. When anyone sees blue or green hair they think either “ghetto girl” or “emo punk wannabe”.

If you want to test this theory, show up for your next job interview for a credible, big-time company with blue streaks in your hair. Might as well just write “underachiever” all over your forehead and come in smelling of day-old whisky, with END_OF_DOCUMENT_TOKEN_TO_BE_REPLACED

This slam poet will knock your socks off, and boy am I happy to introduce him to my slam series with such a bang! This Black History Month, I’ve been on a journey of discovery. Not just to either learn or to reacquaint myself with the history of black people within North American Society, but to explore in-depth the issues that a black North American faces in today’s world. In this process, which I have shared with you step-by-step, I have also gotten a chance to learn a great deal about the many, many opinions you guys have, and the variety of reasons behind those thoughts and opinions. I am always so honoured when you choose to share a little piece of yourselves with me. Not only am I getting the chance to share in your insight, but you often give me a chance to further reflect on whatever topic of discussion we have at hand that day. So thank you all for that, and I look forward to hearing from you all on the rest of this journey.

So back to this Slam Sundays featured artist. His name is Boonaa Mohammed, and I have had the pleasure of seeing him perform in person. His style, his flow, are smooth as butter. But more importantly, there’s a raw, genuine honesty to his END_OF_DOCUMENT_TOKEN_TO_BE_REPLACED

This Valentine’s Day, I think rather than focusing on the things that can make love between the races/cultures different, we should focus on some universal questions that we should all be asking ourselves when we’re evaluating either our relationships this V-Day and celebrating/lamenting our love (lost), or figuring out exactly how to prevent our lack of a significant other cloud our judgment to the point where perhaps we end up doing something we regret.

But really, what is love? Let’s pretend that Valentine’s Day isn’t some bastardized commercially driven holiday. Let’s pretend it’s really all about love. At what point in your life, in your relationships development do you think that you’ve actually attained the kind of love that on some level we all hold up as the standard of perfection? Should it be based on things like extreme actions that you’d be willing to END_OF_DOCUMENT_TOKEN_TO_BE_REPLACED