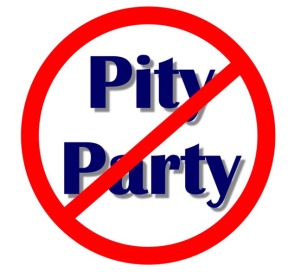 Hey y’all, I know it’s been a while, and I know that at best I’ve been sketchy to downright absent in the blogging community. It’s not that I’ve lost interest, or even focus. Rather, as usual for me when situations arise, mine has gone from bad to worse and as a result I’ve needed a few weeks rest. For those of you who missed my post on Not Taking Yourself Too Seriously, you may be thinking that perhaps I might be referring to the health issues I’ve had ever since my post on my Walk-In Woes. While those problems certainly have persisted, and in fact worsened if anything, what’s taken me out of the blogging game for the past few weeks was a car accident. One in which my car was totalled. One which occured right outside of a walk-in clinic (yes, another one lol) which I was going to because I was pretty sure I had some type of throat infection. One which, while initially I was in way too much shock to even realize I was actually in any pain, caused a whole world of whiplash and other soft-tissue and muscle damage, which I’ll be going to physio for the next few months at the very least for (ps, I actually DID have a throat infection, which they determined at the hospital when I went there later on in the afternoon as the shock started wearing off and the creepy detachment and all over body tenseness was just beginning to kick in).

Don’t worry y’all, my most recent life-threatening incident didn’t make me suddenly become one of those bloggers who believes that my life and all the details within it are actually worthy of daily blogging updates. I’m not about to start updating you with all the details of my injuries, illnesses, and recovery efforts, and how difficult, emotionally draining,frustrating, or discouraging they are. Quite frankly, I’m just not pig-headed or self-involved enough to believe that my life is just that original or spectacular that it merits such attention. I’m pretty sure that turning Classic Ruby into an online diary would bore me to death at the very least, and trust me, after all this fighting to stay alive and fight for life the last thing I would want is death by boredom from reading my own posts! In fact, overall I’m just not the type of person who takes life’s challenges and issues as an excuse to try and over-inflate and impose some type of self-righteous self-importance on those around me. I mean, sure, it’s natural if you’re going through some situation that you’d want to turn to those you love for support and comfort, that you would need a shoulder to cry on or a listening ear. But doesn’t it just irk you when a friend comes down with some medical issue, man problem, or financial crisis and that’s all they can think of?

OK, so maybe this is coming of as a tad bitchy, but since I happen to be a person laden with issues as of lately, I feel that I personally have a right to address this issue. Since nobody can say to me “well, you don’t understand what it’s LIKE to have man trouble and/or medical issues and/or financial problems and/or _______ (insert crippling issue here)” since currently I am experiencing ALL OF THE ABOVE all at once. And, I’m not saying that I’m better/stronger/more courageous/etc. than others that react differently to life’s struggles. Hell, I’m not even saying I haven’t fallen prey to this particular self-absorbed trap. But, as I’ve grown older it’s something that I have very consciously erased from my repertoire of ways to behave, and boy would I LOVE if others followed suit. Now that thats all cleared up, let me make sure you understand that I’m NOT talking about one offs. Like, you find out you have cancer, I don’t expect you to tell me about it and then drop the issue to talk about the latest episode of House. In fact, as long as you have cancer, and probably after it goes into remission I would expect it to be something on the forefront of your mind. Hell, it would probably be one of the top 2 things on your mind at any given time. That’s totally understandable, and completely normal.

But just because YOU have YOUR issue, doesn’t mean that I don’t have mine. I care about your issues, I really do. I want to be there for you to help you out with your problems. Honestly. But, does that mean I want a play-by-play of every instance, thought and feeling related to your sickness? Does that mean that no matter what issue I may have that I want to discuss, or whatever thing I want to bring up should be trumped by your big-bad issue? Now, when I call you because I want to check up on how you feel, I expect a large amount of our conversation to be about you, of course. But if I can’t even finish my sentence about how stressed I am about my financial situation without you saying “I know, thats the same thing with my issue….” and it turning into another 45 minute long weep-fest about you without so much as another reference to the fact that we started this convo because I had an issue I wanted to discuss with you as well…that’s where I think things have gotten to the level of ridiculousness. I think it really comes down to time-sharing….over the course of, lets say, 10 conversations, the subject-matter should be about 50% your issues, 50% the other persons. And not just one person not talking while the other person goes on and waiting for their turn to talk, I mean true conversation, interaction. Asking questions, showing concern, being supportive.

And really, when you’re out socializing this rule should be even more mindfully applied. Why did you go out to socialize with people if ALL you wanted to do was bitch and complain, or piss and moan, about your situation and have everybody feel sorry for you and constantly dote on you. A girls night, or Friday night, out at the pub with friends to unwind after a long week is no time to be out looking for sympathy. If that’s what you’re looking for, I have something to share with you: That’s why God invented councelling. So you can pay somebody to focus only on you and your issues as they remain an entirely selfless and completely enthralled party to your pity. Again, I’m not saying that you’re not gonna want to bring up your issues or whatever when you’re out with friends (or with relative strangers who happen to be at the bar after you’re waaayyy far into the tipsy zone) but bring it up, have your little discussion about it, and then move on. Remember, as much as you have problems that are overwhelming you and your life, so does everyone else. As much as we like to think so, none of us is special and completely original. And no, your problems aren’t the end of the world…there is ALWAYS somebody worse off than you are. ALWAYS.

That’s not to say that you shouldn’t put importance on your own life and what’s going on within it. Not at all. Just because I’ve been puking blood for 5 months, for example, doesn’t mean I wouldn’t be entirely sympathetic, and actually downright concerned, about your recent bouts of crippling PMS or embarassing backne. I’m there for you, man, lets work this out together. But, just remember, at the end of the day we’re FRIENDS not councellor/councellee and that means that I need you to be there for ME, too. Just saying.

Now, I understand, for many of my friends, you’ll be scratching your heads wondering ‘WTF?!?! Ruby HATES to bring her issues up, and avoids it almost all the time!! I didn’t realize thats what I was doing!!’. Now, keep in mind, that I know and keep in contact with very few people who have this issue. Primarily cause I can’t stand them because as they wallow in their own self-pity during week 6 after their boyfriend dumped them and I try unsuccessfully for the 20th time to have us have a conversation about something that relates to MY life for all of 25 minutes before going back to playing the worlds smallest violin for them, I think to myself “Are you f****** shitting me? Seriously? Do you KNOW what I’ve been through in my life?!?!” which of course is the most assholish response to anybody’s pain on the face of the planet. And while I’d never say such a heinous thing outloud, ever, it makes me feel like a complete creep to even think it. Because each person’s problems are relative to their own lives, personality, character, background, etc. You can’t compare one person’s situation to the next, or judge yourself in comparison to somebody else’s life, because there are SOOO many other factors that need to be thrown in the mix, and quite frankly your open gash requiring 25 stitches and a blood transfusion may appear on the surface to be so much worse than their paper cut, but it’s all in how equipped you are to handle what’s put before you. Physically, mentally, and emotionally.

But I don’t care WHAT you’re going through, if you have friends and you want people to be YOUR friend, you have to be a friend back. Which means being able to pull your head out of your ass and realize that other people are important too… and that we all deserve to have our problems aired out and supported as well.

If I offended you, I apologize, but as I said I’m going through quite alot, and I’ve been through quite alot in the past. While I’m not comparing myself to anybody, I can certainly tell you that to ME this is all some big, HUGE shit. And yet I can care about others and their issues. In fact, I get pissed as hell when a friend says to me “oh, I’m so sorry for complaining, this is NOTHING in comparison to what you’re going through!”…Ummm, no, it’s not nothing. We’re friends, I care about what you’re going through regardless of my life. We talked about me, now time to focus on you. We’ll get back to me when the time is right. But the world didn’t stop turning, and your problems didn’t become irrelevant, just because I have problems…regardless of the severity.

And in conclusion, Classic Ruby is BACK, 100%, full of my regular, vaguely offensive, but 100% honest opinions on life, love and all of the above. *smirks fiendishly* Trust me, I’ve had WAAAYYY too much time to think lately, and not nearly enough time to rant! So stay tuned, I promise it’ll be a bumpy, but amusing, ride!