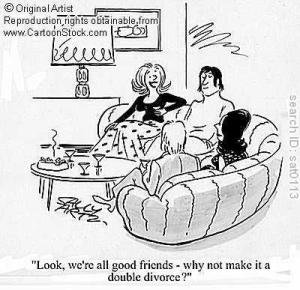 Yesterday, I decided to wild-out! Seriously, I was gonna get smashed outta my mind, hopefully SOO plastered that even the wino in the video that was featured on my Alchohol Special would have looked good and sober! While I am (no longer :-p) an advocate for drinking away your problems, primarily because it certainly solves absolutely nothing, and in fact probably will in the process add on at least a few new ones, I do highly support the idea of getting out and blowing off some steam, letting it all hang out, getting all loose and loopy and pretending that you’re your partying, fun-loving, problem-free alter-ego. On occassion. It doesn’t count if you do it several times per week, or even once a week. But when you’ve reached your limit, when the shit has piled itself up WAAAYYY too high, when you feel like you just can’t take it anymore, THAT’S when you deserve to cut yourself some slack, give yourself a break, and go be irresponsible and ridonculous for one night!

So, in conclusion, and in introduction, thats just what I did. Today I’m beyond ill, I’ve set my physical recovery back probably weeks, and my stomach has told me that it’s gonna be in serious rebellion for an extended period of time just to teach me a lesson. But, I must say, it was a well needed night, and I had a blast. Was it worth it? Yes and no. I mean, yes it was worth it in the sense that I’m glad I did it and got it out of my system. And I would do it again if given the chance to relive the day over. But would I do it again anytime soon? Hell no. The misery which I still feel is more than enough to tell me that the next time I drink it up like it’s 1999 probably won’t be until my birthday – August 2nd to be exact. But, anyway, apparently yesterday I wasn’t the only person who was out getting drunk to take the edge off of a very stressful situation. After leaving my local bar we headed to a friends garage where drinks were still flowing and still was the party. There were several people laughing it up and one of our friends, a female, invited me to settle in on the couch next to her. After a while something started to puzzle me, although I couldn’t quite at first put my finger on it…and then it hit me! She was here…but her man was nowhere to be found.

Before I could ask where he was, she turned towards me and I saw that her eyes were red and glassy. Then I tuned into the conversation, where I finally caught on that she and her man were no longer. Knowing that she is one of those hopelessly and dangerously in love chicks, I could entirely understand why she had chosen to surround herself with friends and alcohol in her time of need. But…and well, here’s the thing that I find odd…these people are the “man-dem”  (one of the funniest terms I have learned since hanging out in the ‘hood! lol) and therefore her man’s friends. So…shouldn’t he be here gettin’ tipsy and exclaiming “f*** that bitch!” as his friends toast to him and the surrounding girlfriends console him by telling him he can do better than her? (For the record she’s an awesome chick, faithful, and supportive, not to mention gorgeous as hell, so I wouldn’t have been one of the people singing that tune since, as well all know, I HATE Liars…but you get the picture).  And if she’s here, where the hell is he? As much as I was trying to disappear from my own existence for the night, I couldn’t help but get caught up in this train of thought, and it made me wonder a few things.

I mean, would you have thought it was weird walking into that situation? What about you and your girl/man? What if you guys broke up? Would you think it was weird that your significant other were up in YOUR crew of friends’ house/bar/hangout commiserating and crying over you? I mean, we’re talking about the day of the breakup, not some time after where you’ve already had a chance to do your thang with your friends. I understand, of course, that over the course of a relationship you become friends with you SO’s friends and vice versa. And me, personally, I wouldn’t want a true friendship that my SO and my friend built together to end simply because our relationship didn’t work out. But that being said, if my SO and I broke up, I wouldn’t expect my friends to call him up and invite him over for drinks and a good time to help him get over me. Just saying. In fact, I happen to know that many people are not quite as accepting as I am, and wouldn’t want their friends talking to their ex. For example, I ran into one of my ex’s good friends as I was walking in to physio. We ended up chatting for 45 minutes, and we both ended up being late for our appointments. But it was so good to see him again, he was always my favourite of my ex’s friends. I was terribly sad and disappointed when we inevitably had to part ways…so much so it had temporarily crossed my mind that maybe we could exchange numbers (we’re talking about an entirely platonic connection here folks. I have a man, he has a girl, and I am just DYING to meet his girlfriend, since he hooked up with her a while after my ex and I broke up) and meet up some time.

You could kinda see from his demeanor that he was thinking the same thing as me: Would that be OK with HIM? Without any discussion to this effect, but simply from reading each others body language, we both understood that the answer to that question was: HELL NO. So we parted ways, exclaiming that we were really hoping to bump into each other sometime soon. Not that my ex is some crazy jealous prick or anything, but I could totally understand why he would be uncomfortable with that. Especially since we’d be reestablishing a friendship after not seeing each other for a couple years. We’ve severed ties, so if we have some truly mutual friends, we’ve learned to share those. But realistically his friends from birth are HIS and when I decided not to be with him, I decided to divorce his friends too. But is that really fair? Did my female friend do something wrong by turning to her (ex)man’s friends for consolation? I mean, she did build friendships with these people too over the years, spent just as much time with them, knew just as much about them as he did. Should she have to throw that away? Now, unlike her, who got dumped, I was the dumper in my previous relationship. Does that make a difference? Does she get to keep whatever friendships she wants because she was the dumpee?

I mean, seriously, when you’re in a relationship, especially one that’s long term, it’s pretty easy, and it normally happens seamlessly, to integrate your lives, to share everything obsessively, and to take the saying “what’s yours is mine and what’s mine is yours” very literally, friends, family, posessions and money included. And when you break up, although some things might be tricky to divide like any assets acquired or a future vacation or wedding you were both invited to, but generally those things are pretty cut and dry, and there are some fairly basic and universally accepted rules and guidelines for making those determinations. But when it comes to people, to friends and family, what are the rules? Are there rules exactly, or is it specific to the relationship, who did what dirt in the relationship, who dumped who, etc. etc.?

I once had a boyfriend about 10 years ago who I dated for like 4 months. His mother still calls my grandmother to say hello. A friend of mine who’s engaged with a month old son broke up with her ex boyfriend like 10 years ago (I’m probably- no definitely – exaggerating on the time there lol) and his sister is still one of her best friends ever, and his mother is seriously her second mother. Still. The man in my most recent relationship is still tight with his ex’s younger brother (who, coincidentally is the man who dumped the woman who is the topic of this discussion…ahhh, complex and involved, I know, I know…so it goes in the world of Classic Ruby 😉 lol) and I have in fact chilled in the house where she was currently living (in the basement, mind you, two floors removed from her…but still).

Seriously, if you have any thoughts or opinions about what the rules are, what defines proper or improper contacts with your ex SO’s friends and family, please let me know. I’ve been bouncing this around in my head, and as much as my Mom says I have an answer for everything, this one…I just plain ol’ (as NWSO so fully elaborated on in a recent post of his) ‘dunno’. I mean, I know what I would suggest: just be open and honest about it, talk to your ex about it if you have a concern or a desire, or even better make sure you have this discussion with your SO before things head south, so that way you understand what they’re expectations are and what they are and aren’t comfortable with. And so that way they know the same about you. But…I mean, if you haven’t done all that….well…what are the rules guys? Are there different rules at different time intervals? You know, like 24 hours later, one month later, one year later etc. do the rules change as time moves along? Like, you can establish and maintain a connection with your ex’s Mom one week later, anything before that is too soon, but anything after a month and you’ve forfeited your right to have said relationship? *sigh*

Ok, my abnormally hung over ass is officially done thinking for now. Maybe I killed one too many brain cells last night…MAYBE…maybe….lol, see, I actually totally forgot what I was gonna say. OK, well hopefully this post makes some general sense and its not just a random collection of ranting sentences or, even worse, just a collection of strings of nonsense words.

If you have a few minutes, check out this clip of That 70’s Show. The Jackie/Kelso break-ups are a perfect example, I think, of what this post was discussing! Plus…at the beginning, pretty much all the way until Donna died her hair blonde, this show was beyond bad-ass!!