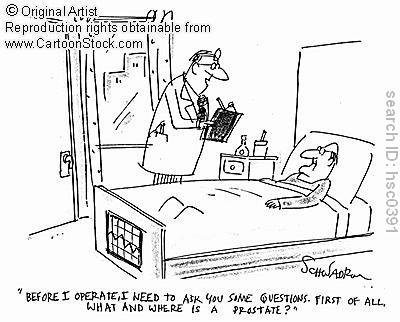 Why is it that people always think the worst of each other? Why is it that we can’t look at people and assume positive attributes before we automatically jump to negative conclusions? And I’m not just talking about peer relationships here: Why is it that when I go in to the doctor he wants to assume that either I am a hypochondriac, a liar trying to pull a fast one, or a drug addict trying to get high, before it ever occurs to him to look at me as though I am actually an ill person? Somebody who is validly in pain, validly sick and in need of medical care? What in the world have I done, what has there been in my behaviour to deserve this? So far as everyone I know has told me, absolutely nothing. But it seems to be only the doctors who have this issue…nurses are sympathetic and understanding, and seem genuinely to care about all the pain, all the ailments. A pharmacist called me today, of her own volition, to advise me on something we had (briefly) spoken about. Just because she cared.

But it took my doctor outrightly insulting me, making my otherwise tough ass exterior melt, me actually literally breaking down bawling my eyes out, before my doctor would call me. He did, actually call. And he apparently reviewed my file for quite a while. And then demanded that his secretary make an appointment for me on the next day he would be working. So she called. I made the appointment. But did he actually find something? Or is he afraid of some type of medical malpractice suit? Does he actually feel bad that he hurt my feelings? Does he feel that he wasn’t wrong, but then felt bad for making a girl cry, no matter what he thought of the girl? Or does he realize he was DEAD WRONG for what he said to me? He said he had had a long day…is that any excuse? Should I care about his day? He’s a doctor…his long day is not my problem…my medical issues are. He gets paid to help me, not to shit on me after a bad day. Or should my medical issues have to wait until my doctor is having an awesome day? *sigh*

Do nurses care more than doctors? Do doctors care at all? Are they all in it for the money? Will they do anything to avoid problems? Do doctors misjudge people, or am I actually a drug addict and I just don’t know it? Even though I have no signs or symptoms, the drug isn’t addictive if you take it for pain, and I have gone days without it before if I wasn’t in pain? Should I be fighting this?

My brain hurts, and the new drugs, which don’t fight the pain AT ALL whatsoever are making my face tingly and numb simultaneously. And dizzy. And I ended up taking one of my old painkillers later anyway because…because…I was in WAAAYY too much pain and the new drugs aren’t relief drugs that you take consistently, whether you feel badly or not. Riiiiggght. Cause that sounds like a better plan. SMH. Tired of all this. I just want a resolution…is that too much to ask?

Seems it is, in this case.

Peace and joy to you and yours.

2 thoughts on “Classic Contemplations: On Doctors”